The recently-enacted Economic Aid to Hard-Hit Small Businesses, Nonprofits and Venues Act (“Economic Aid Act”) provides for a new round of PPP loans for those borrowers who have already received a PPP loan (“Second Draw PPP Loan”) while also setting aside funds for those individuals or entities that were shut out during the first round of the PPP loan program and will be receiving their first tranche of PPP loan proceeds (First Draw PPP Loan”). This new legislation also allocated $40 billion to fund additional loans under the Small Business Administration’s (“SBA”) Emergency Injury Disaster Loans (“EIDL”) program so those businesses that did not fully participate in the first round of EIDL loans may want to apply at this time. The new COVID relief package was signed into law on December 27, 2020 and the SBA recently issued guidance as to the eligibility requirements and other terms and conditions for this new round of PPP loans. 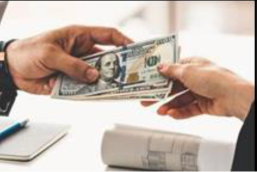 While there are more restricted eligibility requirements for Second Draw PPP Loans in this second round and more liberal terms for loan forgiveness, the terms and conditions for the new PPP loans are largely the same as in the first round. Like the initial PPP loans last year, the allowed loan proceeds are calculated at 2.5 times monthly payroll (except for restaurants, hotels and other designated hard-hit businesses/industries, which get a 3.5 multiplier) and the new PPP loans for 2021 (whether First Draw or Second Draw) will be subject to (i) an interest rate of 1%, (ii) no personal guarantees or collateral requirements and (iii) a repayment period of 5 years (if not forgiven). Finally, businesses that were or still are temporarily closed due to the pandemic remain eligible for a PPP loan while those businesses that have been permanently shuttered are no longer eligible.


Regarding PPP loan forgiveness, the terms are even easier to meet than in the first round. While the borrower is still required to use at least 60% of the PPP loan proceeds on payroll to qualify for forgiveness, the list of non-payroll expenses on which the borrower can use the PPP loan proceeds to qualify for loan forgiveness has been expanded (from rent, utilities, mortgages, and interest on existing debt) to include essential supplier costs, personal protection equipment, and operational/administrative expenses relating to software, accounting and cloud computing. Also, new “check-the-box” procedures have been implemented for the PPP loan forgiveness application process, allowing for “self-certification” regarding use of loan proceeds (for borrowers of less than $150,000) in lieu of more stringent document submission requirements. Finally, the new guidance from the SBA clarifies that the amount otherwise qualifying for loan forgiveness does not have to be reduced by grants received by the borrower ($1,000.00 - $10,000.00) under the SBA’s EIDL program.


The borrower eligibility requirements for this second round of PPP loans depend on whether the borrower is applying for a First Draw PPP Loan or a Second Draw PPP Loan. If the borrower has never before received a PPP loan (i.e., a First Draw PPP Loan), the conditions that must be met to qualify for a PPP loan are essentially the same as under the first round of PPP loans. Eligible borrowers include, among others, (i) independent contractors, self-employed individuals, and sole proprietors with no employees and (ii) small businesses with less than 500 employees. Also, the loan proceeds must be used solely for business-related purposes as specified in the loan application and related rules and regulations. While PPP loans under this second round are capped at $2 million, the list of businesses that are eligible for a PPP loan has been expanded to include nonprofit entities, religious organizations, local news organizations, and IRC Section 501(c)(6) organizations such as chambers of commerce. Other businesses that may have been eligible in the first round of PPP loans are no longer eligible for a PPP loan, including publicly traded companies, certain lobbying firms, and businesses based in or tied to China.


For those borrowers that have previously received a PPP Loan (i.e., a Second Draw PPP Loan) there are a few more requirements to meet in this second round. To get a second PPP loan, a borrower must have suffered a 25% or more reduction in gross revenue in at least one calendar quarter of 2020 as compared to the corresponding quarter of 2019. Secondly, while first-time PPP borrowers can have as many as 500 employees, those applying for a Second Draw PPP Loan must have no more than 300 employees. Finally, the Second Draw PPP borrower must have used all of the proceeds from the first PPP loan before receiving the proceeds of a second PPP loan.

Following the first round of PPP loans there was much uncertainty as to the tax consequences of receiving a PPP loan. While it was universally accepted that the proceeds of a forgiven PPP loan would not be subject to federal income tax, it was the Treasury’s initial position that otherwise deductible business expenses paid for with PPP loan proceeds (wages, rent, etc.) would not be deductible on the borrower’s tax return. This Treasury position effectively taxing PPP loan proceeds has now been reversed so that these PPP-funded business expenses are now deductible for tax purposes even if the underlying PPP loan will never be repaid.


As was the case with the first round of PPP loans, it is likely the new round of PPP loan financing is underfunded at the current appropriation level and available funds will be exhausted soon. Therefore, time is of the essence in applying for a PPP loan and qualified borrowers should contact their lender of choice as soon as possible. The deadline for applying for a PPP loan under this second round of financing is March 31, 2021.